On Wednesday, March 2, National College Football Champs the University of Alabama Crimson Tide came through to Washington to make what seems like their annual stop to the White House.

President Obama took time out of his busy schedule to greet the young men and get the ‘Obama’ jersey and all of those things. So, anyway here is the real tea…

When the team came in I had no preconceived notions other than the fact that they are uber successful college football players, but I should’ve known better. They we’re flashy, fresh fades and repped out as you can see the guy in the purple representing Omega Psi Phi Fraternity, Inc.

After the brief ceremony, the players had a reception and the team’s head coach along with the team captains did a press availability outside of the West Wing. Heisman Trophy winner Derrick Henry said nothing special, but it was great to be at the White House, you know same old thing. 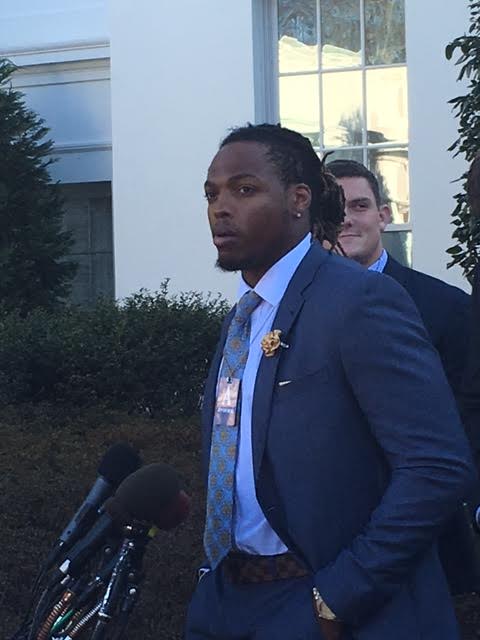 By the way Nick Saban way shorter than one would expect.

END_OF_DOCUMENT_TOKEN_TO_BE_REPLACED

Remembering The Life of …